***This course is now full, but if you are still interested in applying, please send in an application form (at the bottom of the page) and you will be placed on a waitlist.*** 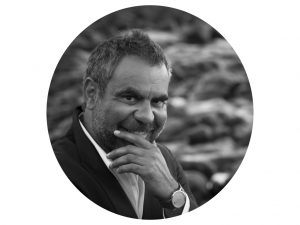 The HubStudio is honoured to welcome one of Australia’s leading actors and directors Wayne Blair. Wayne is a 2015 ACCTA® Award Nominee having appeared in a huge variety of shows over a career spanning more than 20 years. This one-off online masterclass is an fantastic opportunity to work with both an actor and director. Wayne most recently directed the hit film The Sapphires as well as episodes of Redfern Now and most recently Top End Wedding. This fairly unique dual insight into both sides of the cinematic process will give participants detailed insights into acting craft technique and directorial technics used for performance on screen.

Over the three sessions actors will be given scenes to prepare prior, with feedback, direction and further development from Wayne. This series is a great way to get at least three top quality scenes shot for a screen test reel and an opportunity to push yourself under the guidance of a highly experienced actor.

Wayne is a leader in the Aboriginal arts community, and a foundational figure in the wider arts scene, having had significant working relationships with many important companies and people over his career. What he knows is honestly vital information for any artist, and here at the Hub we believe you need to have experience with a broad section of top professionals. This series is a must for any working professional looking to hone their craft and gain insight into the process of high calibre performers. This series is one of the first masterclasses Wayne has run, and it has taken us over a year to line up his availability…every pandemic it seems has a silver lining. Come Join Us! 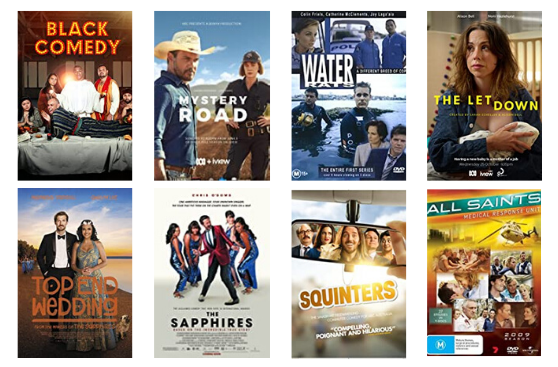 The session will incorporate the practice of the following;

Through extensive insights you will gain knowledge of the following:

Blair’s first recorded on-screen appearance was in a 1997 Australian TV film called The Tower. The following year he appeared on All Saints and Wildside. He has also appeared in Water Rats and Fireflies. 1998 was also the year he was one of the first four film makers to be mentored under the Metro Screen Indigenous Mentor Scheme for which he made a short film called Fade 2 Black. Ten years later he was to become a mentor himself under the same scheme.[4]

Blair starred in the original stage production of Tony Briggs‘s play, The Sapphires in 2005.[5] This play was later turned into a filmscript to be directed by Blair.

In 2007 he starred as Othello for Bell Shakespeare, a show that toured Australia with stops at Sydney, Melbourne and Canberra as well as other cities. He also directed three episodes of Lockie Leonard with a further four in 2010.

In 2008 Blair directed all thirteen episodes of the Australian children’s TV series Double Trouble, about twin Indigenous girls separated at birth. In 2009 he wrote an episode of the second season of The Circuit. 2010 saw Blair direct four episodes of the Australian-British children’s supernatural comedy TV series, Dead Gorgeous. He directed British-Jamaican Debbie Tucker Green’s play Dirty Butterfly and co-directed the biographical play, Namatjira, with Scott Rankin who also wrote the play, both plays at Sydney’s Belvoir St Theatre.[6] He was also chosen in the same year as one of the stars of the Sydney Theatre Company‘s revival of Sam Shepard‘s True West, directed by Philip Seymour Hoffman.[7]

Wayne Blair was awarded the Bob Maza Fellowship for 2011 by Screen Australia to provide opportunities for career development.[8] 2012 was a big year which saw the making of his hit film, The Sapphires, which brought him recognition around the world with a very positive response at Cannes.[2] Later in the year he starred in three episodes of the ABC’s TV drama series, Redfern Now and directed another of the episodes. To finish the year Blair was included in Variety Magazine’s top ten directors to watch in 2013.[9]

***This course is now full, but if you are still interested in applying, please send in an application form and you will be placed on a waitlist.***