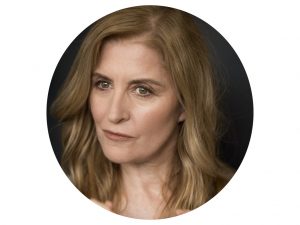 Jo Briant is a Casting Director at Fountainhead Casting and has been a successful actor for 40 years. She has worked extensively in theatre, film and television in New Zealand and Australia appearing in shows such as Kairos, Reckoning, The Fighting Season, Psychoanalysis, Wham Bam Thank You Ma’am, Home and Away,The Moodys, All Saints,Water Rats, Murder Call, Big Sky, Shortland Street and numerous commercials and voiceovers.  She is also an experienced Director, Acting Coach, Success Coach and Energy Healer. She loves combining acting and casting as her wealth of experience and intimate understanding of an actors world both on screen and off enables her to guide other actors in a fun and nurturing way. As a working actor she strives for authenticity in her own work and demands no less from the actors who come into the casting room.