The HubStudio Associate Coaches are a range of highly skilled professional actors and coaches who work at the studio on a more casual basis. They include our international guests and visiting coaches. We’re very pleased to be working with them and will be expanding our offering as we continue to grow.

To learn more about our Main Coaches click here 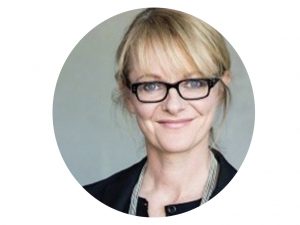 Miranda is one of New Zealand’s most celebrated acting coaches. Miranda has coached for screen internationally and at home in NZ, including Jane Campion’s Bright Star and Top of the Lake, Sean McNamara’s Soul Surfer, Gabor Csupo’s Bridge to Terabithia, Peter Jackson’s The Lovely Bones and Gaylene Preston’s Home By Christmas. For seven years Miranda was Head of Acting at Toi Whakaari – NZ Drama School. Her tenure there is celebrated for establishing a close connection between the training institution and the wider industry. She was awarded a Winston Churchill Fellowship to study drama-therapy at the Central School of Speech and Drama in London.

As an actress Miranda has twice been awarded Best Actress at the Chapman Tripp Theatre Awards (A Doll’s House and Biography of my Skin) and is a 5-time finalist for Best Actress or Best Supporting Actress at the NZ Film and Television Awards. She was awarded a NZ Suffrage Medal in 1993 and in 2004 Miranda was made ONZM (New Zealand Order of Merit) for her services to theatre and the community. 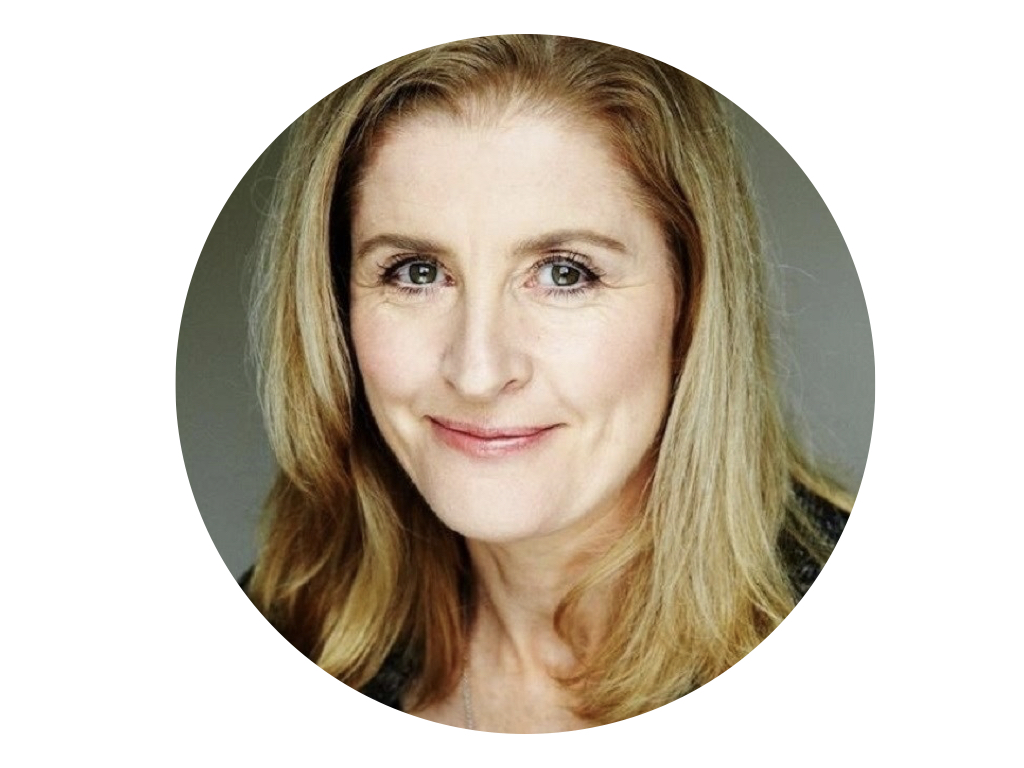 Jo Briant is a Casting Director at Fountainhead Casting and has been a successful actor for 35 years. She has worked extensively in theatre, film and television in New Zealand and Australia appearing in shows such as Psychoanalysis, Wham Bam Thank You Ma’am, Home and Away,The Moodys, All Saints,Water Rats, Murder Call, Big Sky, Shortland Street and numerous commercials and voiceovers. She is also an experienced Director, Acting Coach, Success Coach and Energy Healer. She loves combining acting and casting as her wealth of experience and intimate understanding of an actors world both on screen and off enables her to guide other actors in a fun and nurturing way. As a working actor she strives for authenticity in her own work and demands no less from the actors who come into the casting room. 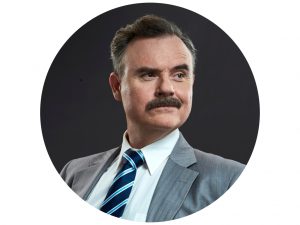 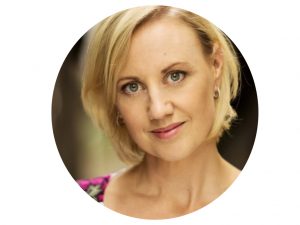 Linda is a voice and dialect coach with over 15 year’s experience, teaching across many of the nation’s drama schools in addition to having a strong corporate training profile, including presentation skills for Channel 9, 10, the ABC, SBS and Fairfax Digital. Linda has just been appointed dialect coach for ‘Mary – The Making of a Princess’, the story of Mary Donaldson and Crown Prince Frederik of Denmark, which begins shooting mid-July.

Recent productions include: Legends – Australian Tour, Dirty Dancing – The Musical and The Rocky Horror Show 2015 for Gordon Frost; The House of Ramon Iglesia for Mophead; Deathtrap and Constellations for Darlinghurst Theatre Company, Stop Kiss at ATYP, The God of Hell at the Old Fitz, On the Shore of the Wide World at Griffin, The Rocky Horror Show Australian Tour 2014 for Gordon Frost, the World Tour of Dreamworks’ How to Train Your Dragon – Arena Spectacular, the Australian Tour of Annie – The Musical, starring Anthony Warlow, the Sydney and Brisbane productions of 4000 Miles for Catnip/MopHead, Pantsguys’ award winning production of Punk Rock, and for Opera Australia The Merry Widow. She is a current member of the full-time staff at NIDA. 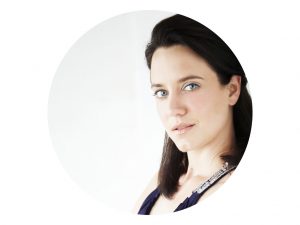 Nadia has been working as an actress in Australia and internationally for the last 17 years. Nadia first trained with Atlantic Theatre Co in NYC then set up her own theatre company Wolf Whistle, producing independent theatre and learning her craft on the boards. Since that time Nadia has produced many independent shows, new works and adaptations of literature. 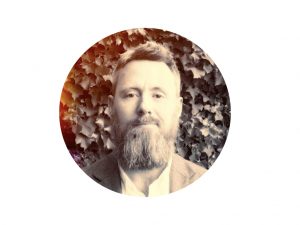 Stevie Ray has worked as a Casting Director for the multi-award winning McGregor Casting for 11 years. Some of Stevie’s film and TV credits include: (Oscar nominated) The Eleven O’Clock (Short film), Here Come the Habibs! (TV Series), High Life, (TV Series), Roman Empire (TV Series), The Moodys (TV Series), Down Under (FF), along with many MANY Television Commercials. 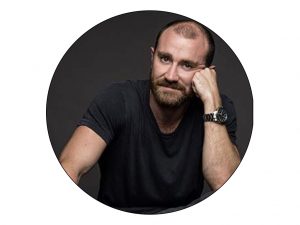 Josh graduated from The National Institute of Dramatic Art in 2008.  Since graduating he has worked extensively in theatre, his credits include Cloud Nine, All My Sons, Midsummer Nights Dream, Loot, Arcadia, Hay Fever, After Dinner, Cyrano De Bergerac with Richard Roxburgh, Noises Off (for which he won the Sydney Theatre Award for Best Supporting Actor), Romeo and Juliet, In the Next Room (for which he was nominated for the Sydney Theatre Award for Best Supporting Actor), directed by Pamela Rabe, and the much acclaimed Gross Und Klein, opposite Cate Blanchett and directed by Benedict Andrews all for Sydney Theatre Company. After a successful season in Sydney the show toured Europe to critical acclaim.

In 2016 Josh toured Bell Shakespeare’s Hamlet nationally in which he was nominated for a Sydney Theatre Award for Best Actor. He has also toured King Lear nationally, directed by Marion Potts and performed as ‘Truffaldino’ in The Servant of Two Masters, directed by Darren Gilshenan, at the Coogee Arts Festival.

His other theatre credits include The Sublime for The Melbourne Theatre Company (which he was nominated for a Green Room award), The Sugar House for Belvoir, Death of a Salesman for Black Swan Theatre Company, and Moving Parts where he performed alongside Colin Friels and Russell Boyd. Josh is currently in rehearsals for Shelagh Delaneys A Taste of Honey at Belvoir which opens 25th July.

Josh’s film credits include The Infinite Man which won over audiences and critics at the 2014 South by Southwest Film Festival, as well as The Turning: Commission alongside Hugo Weaving and directed by David Wenham, Down Under directed by Abe Forsythe, Sotiris Dounoukos’ Joe Cinque’s Consolation, and David Michôd’s War Machine. He has three films to be released in 2018; 1% starring alongside Ryan Corr, Standing Up for Sonny alongside RJ Mitte, and The Merger written by Damian Callinan. 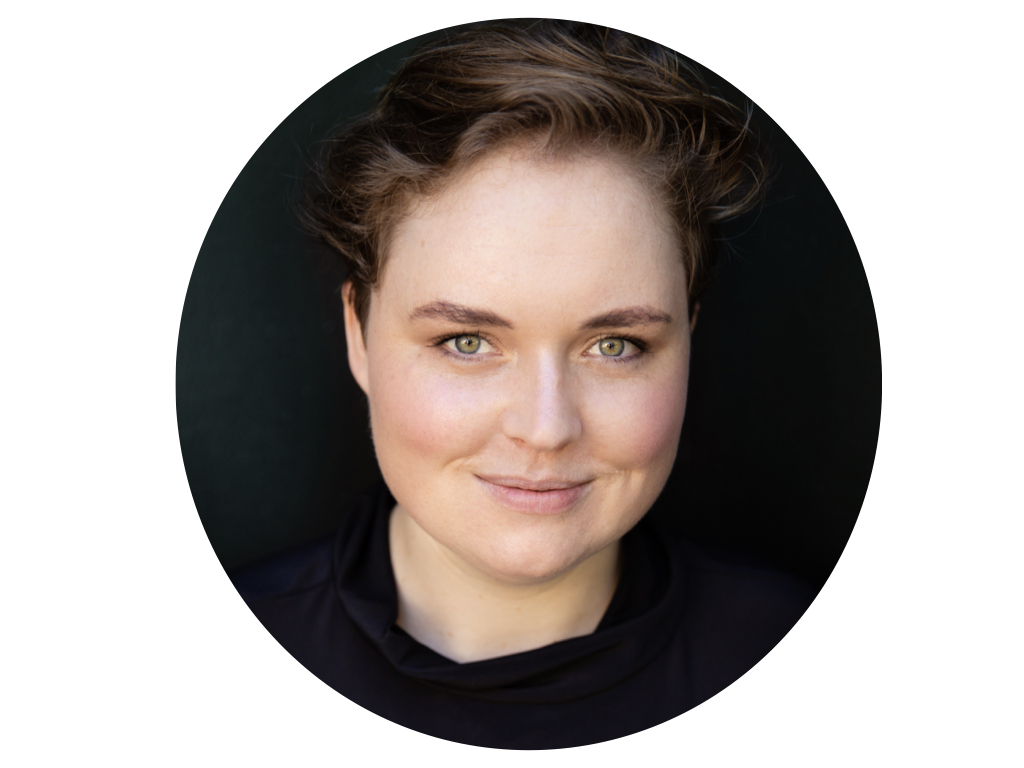 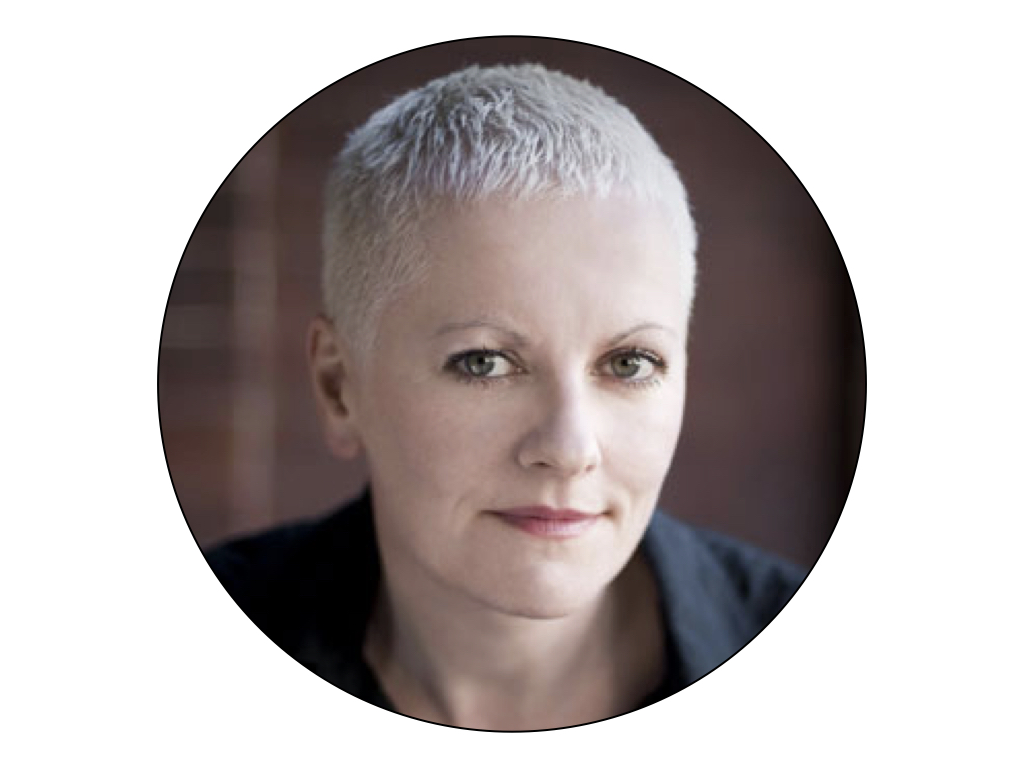 Kate Gaul is a Freelance Theatre Director/Designer. Her credits include: NIDA 1996 (Directing Course), Anne Bogart SITI Company NYC 2005. Associate Director Ensemble Theatre 2004/5. Festival Director World Interplay 2009/11.  Festival Director Short Play Festival Canberra 2013 – 2015, Cabaret Sydney 2014, Mardi Gras Parade Creative Director 2015/16. Kate’s directing credits include plays, opera, physical theatre, devised works and classics for theatre companies and schools in Australia. Kate has won numerous awards across the fields of directing and design. She is Artistic Director of Siren Theatre Co where her passion is for text-based drama challenges artists and audiences to have bold imaginative experiences. Kate’s play – Fatboy has been produced twice and she has written and directed two short films – Embrace and Cake. In 2017 Siren Theatre Co was nominated for 14 Sydney Theatre Critics Awards:  Kate produced and directed The Trouble with Harry (by Lachlan Philpott) and The Ham Funeral (by Patrick White).  Misterman (by Enda Walsh), Good with Maps (by Noelle Janazsewska) and One Hander (by Thomas Campbell) all toured internationally. Additionally, Kate inaugurated PLAYLIST in partnership with Seymour Centre and Mardi Gras and was the Sydney producer for the UK production of Joan (which also played at Seymour Centre). Good with Maps toured to regional NSW in 2018.

In 2019 Kate produced and directed The Moors (by Jen Silverman) and PLAYLIST both in conjunction with Seymour Centre and Mardi Gras. Kate is working with Opera Australia to remount By the Light of the Moon for schools touring and is directing a production of the Danish play Nothing for Blue Cow in Tasmania. At the end of this year Kate directs a gender-bending HMS Pinafore for Hayes Theatre. 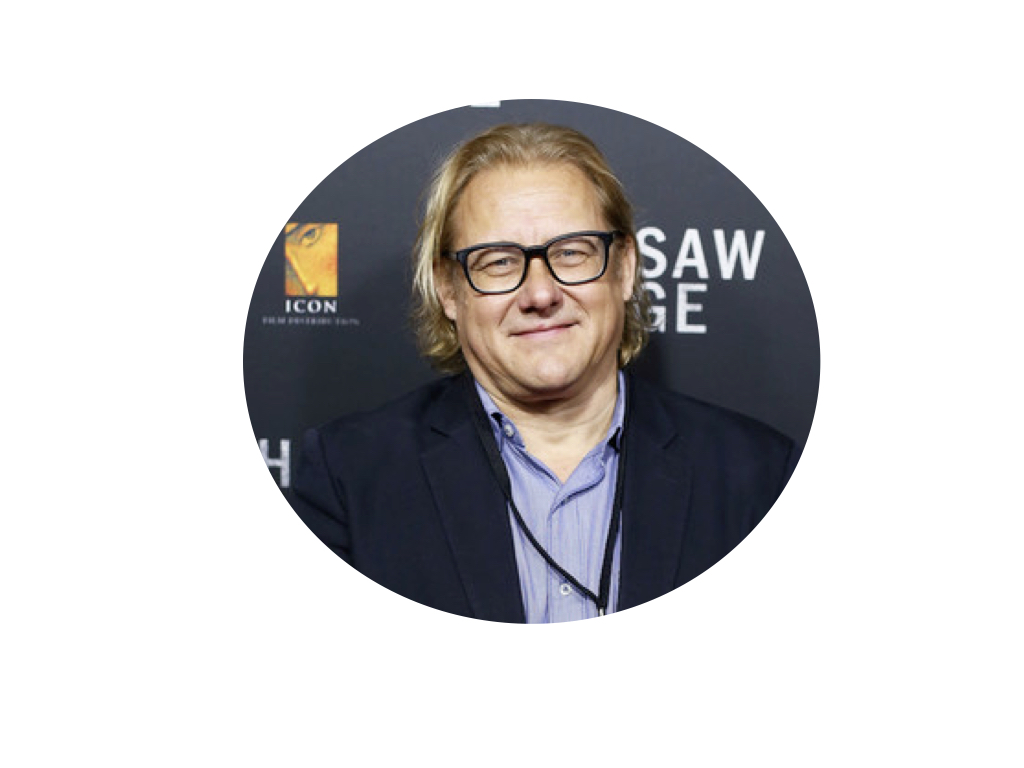 In 2015, he directed Red Dog : True Blue, the sequel to Red Dog which was released by Roadshow on Boxing Day 2016 and went on to earn more than $7 million at the local box office. In 2016, he directed Australia Day for Foxtel, Hoodlum and Icon which starred Bryan Brown and Sean Keenan and was the first film release on the Dendy Demand platform.

Last year Kriv directed Wake In Fright, Stephen M. Irwin’s contemporary re-imagining of the Australian classic which aired as a two-parter on Channel TEN in October. Kriv ‘s critically acclaimedfeature-length documentaryThe Go-Betweens: Right Herepremiered at the 2017 Sydney Film Festival and also screened at the Melbourne, Perth and Brisbane Film Festivals ahead of a successful theatrical release in September. Earlier this year, he completed production onThe Pacific With Sam Neill, a six-part documentary series retracing Captain Cook’s journeys across the Pacific which co-directed with Sally Aitken. It aired on Foxtel in September. Kriv is currently in post-production on the Vietnam War epic,Danger Close : The Battle Of Long Tan, which was shot in Queensland and is due for release through Transmission Films in early 2019.