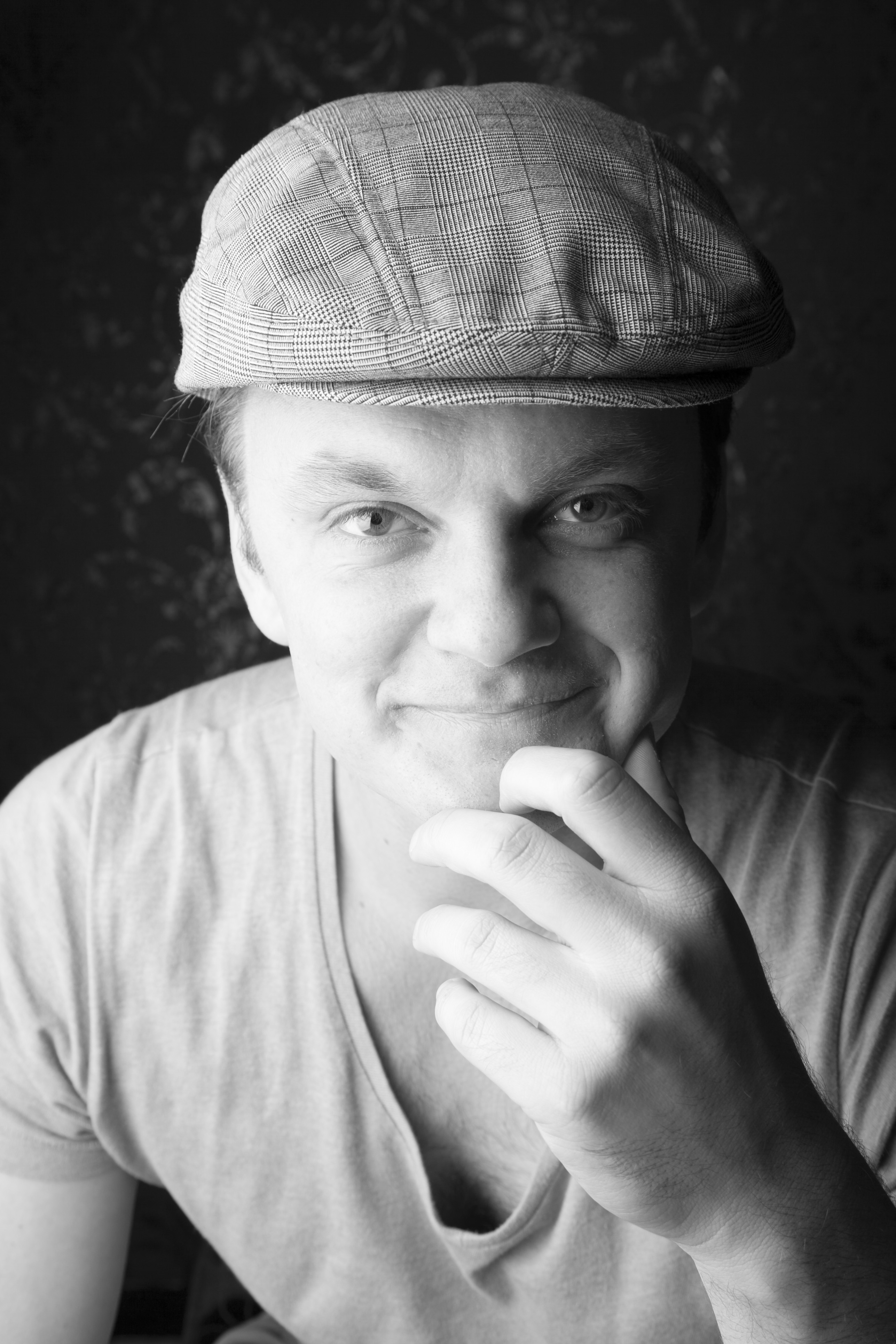 You’re a performer, you’re probably somewhere on the 20s spectrum and like the rest of us, you’ve been conditioned to accept the romantic notion of the struggling artist. We’re as afraid of taking a gig ‘just for the money’ as we are about admitting that we vote liberal. We know it’s a struggle, in fact early on we brag about how many homebrand ramen noodles we’ve eaten and how many couches we’ve slept on. We’ve accepted that it’s just tough out there. There is always going to be the 95% unemployment rate for performers. Nevertheless we persevere, riding the highs and doing our best to hide the lows making our average $8k per year from the industry and working that little side job as we hustle along towards unshackling ourselves of the struggle and making it big – whatever that actually means.

This we have accepted as the norm and it is how most of us operate. Until one day you wake up, wanting to have a family – or you’re sick of homebrand ramen, you might have developed a taste for smashed avocado with feta all of a sudden and realizing to get anywhere you need money and finally your parent’s dream come true; you’ve decide to get a real job! Now you have the added pressure of catching up because you’ve missed out on a decade or two pursuing your ‘interests.’ Then you’re on the hamster wheel of life and doing what most others are doing quietly and consistently, buying overpriced houses, holidaying at overcrowded resorts and rewarding yourself with meaningless materials – but probably still without a financial plan.

So how do avert that inevitable day of panic, that like death, will eventually come and demand action?

Oscar Wilde famously said, ‘Youth is wasted on the young’ if he is right, then I would ad that so is compound interest potential.

Compound interest, none other than Albert Einstein was attributed to naming it the ‘8th wonder of the world’. Where $1 today growing at 10% per annum would make it $1.10 next year and $1.21 the next and so forth. Slow and tedious it seems until you realize that the stock market in Australia has been returning 11.8% per annum since 1900 and had your great-great granddad invested a single dollar under your name and forgotten about it, in 2010 that $1 would have been worth $280,657.

No wonder Albert was impressed. 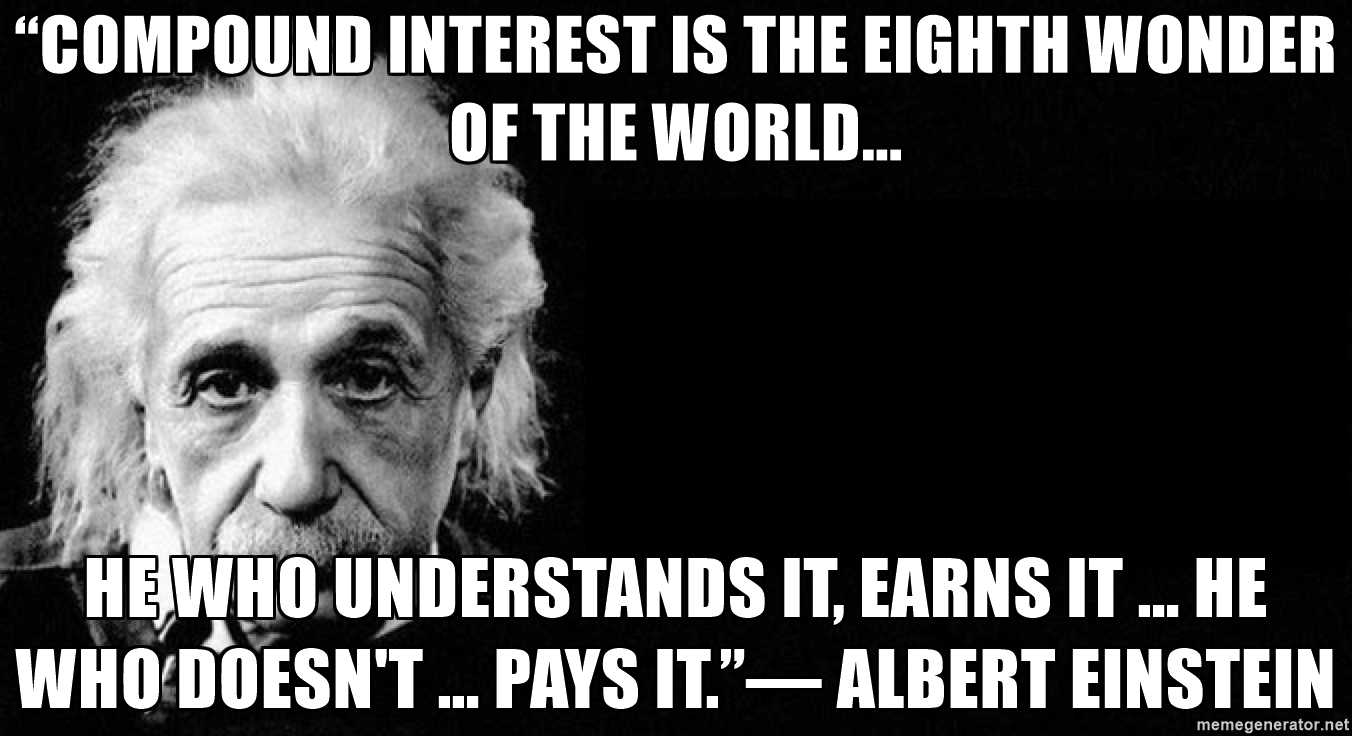 With little discipline and little bit of planning you can ensure that when that fork-in-the-road day comes, you’ve got your financial plan and discipline to rationalize the panic away with.

Say on your 20th birthday, with your shitty little side job you decided you can put aside say $50 a week, not nothing, but also won’t kill you if you make an effort to carve it out. Whether you put that into the stock market directly or through super, that regular habit, if it continues to do what the market has done for over 110 years and you have the discipline not to touch it, will net you on your 60th birthday $2.215million. If you start at the ripe age of 30, that total in 30 years will be $689k.

Start early, stick to it. Your 60 year-old self begs you.

If you’re earning under $37k and you invest it into super with post and pre tax dollars, that $50 with the co-contributions and the LISTO program, that $50 could further be boosted by the governments assistance programs. The total then over 40 years could balloon to $3.063 million. All this because of a silly article that introduced you to the idea of compounding and that the prospect of your financial future WILL yield its ugly head sooner or later!

This of course oversimplifies the whole idea, it doesn’t take into consideration fluctuations of future returns, inflation, fees charged, the continuation of future programs and that past returns aren’t indicative of future returns.

However a few resources I recommend on the matter that delve deeper into the subject for those ready to go deeper than just scratching the surface:

William Bernstein – Four Pillars of Investing: It offers a frank look into the history of trading and stockmarket with some sound investing principles.

Anthony Robbins – Money: Master the game, don’t let the title put you off, this is a very useful book that also goes into the psychology of investment and helps with the Why of your plan.

Scott Pape – The barefoot investor: the only money guide you’ll ever need, it’s geared towards Australians and our systems, simple, easy to follow principles and best of all he’s a true blue larrikin!

You notice a pattern popping up with all these helpful resources, financial literacy is empowering, time and discipline are your greatest assets, having a plan is key but the most important one is to take action and stick with it! It took me literally 10min to go to my supers website and complete the salary sacrifice form and organize a BPAY transfer from my account to get started.

In anticipation of his 30th birthday the well-known blogger Mark Manson asked his more senior readers of the 5-6 most important things they could remind their younger selves, 600 responded with their list and the overwhelming number one and two were health and finances. If this article of mine could do anything to convince you of the need for making smart decisions for your life and longevity for your career it is to actually read this article.

You have a voice, you have something to say, you’re curious about the world, you’re driven and smart. You’re drawn to this uncertain industry for a reason, invest in yourself, your passions with a long-term goal in mind and as the eminent casting director Dave Newman once said in a workshop “You still have to believe that it can happen, if the lights go out people will see it.” It’s hard enough as it is, make smart decisions for yourself and make them often.

Disclaimer: Sonny Vrebac isn’t a financial advisor and the article is general in nature and does not take into consideration your personal financial situation. It is for education purposes only and does not constitute formal advice nor has the author been remunerated for the article or received any commissions on reading resource recommendation. Before acting, you should consider seeking independent personal advice that is tailored to your needs.